From Tape Op Magazine March/April 2005
“Greg Gualtieri designed the Quartet II with the intent of having one piece that he could bring to a session and know that he could get a great sound out of anything he had to record. The Quartet II easily meets that goal.”

From Pro Audio Review, Sept 2005
“The Pendulum Quartet II squashes a load of features, phenomenal sound, extreme flexibility, and a tube-based signal path with pure Class A, high-voltage circuitry into a single package. The box is a bit pricey but worth every cent.”

Pro Audio Review July, 1997
“The EL-OP limiter tends to sound quite neutral but possesses just the right amount of tube warmth. It also sounds a bit “hi-fl” which, to me, means strong on both the top and bottom. The mids are very euphonic and full of dimension. All in all, the Manley El-Op has a very satisfying sound.” 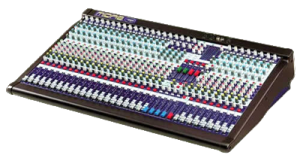 “What do you receive for all this money? First and foremost, you get great sound. The Midas Venice is a beautiful-sounding console, set apart from the pack by its aural authority and personality. Whereas other mixers that I use daily — and I use them without complaint or apology and with full confidence — sound clean and accurate, the Venice sounds fat and swaggering. Bass through the Venice seems not louder but rather bigger, almost rooted to the earth. The sound is just a little warmer, richer, a tad better integrated, with a touch more separation between instruments and voices.”

“According to Midas, the 160 and its Venice siblings were designed by the same engineering team that worked on the company’s large-format consoles. Extensive listening tests, including direct comparison to the touring colossi the XL-4 and the Heritage 3000, were an important part of the design process. Economies of scale allow Midas to use the same high-quality components in the Venice series as in their higher-end mixers. Having said that, making the move to a Midas still doesn’t come cheap. The Venice 160 lists for $3,158, with the 240 at $4,235, and the 320 at $5,325.”

Feb 2001 Bass Player Magazine
“Our test basses sounded remarkably smooth and refined through the U5, with effortless dynamics and a rich yet balanced sound. Our Lakland 5-string’s lowest notes sounded clear, with lots of stringy detail and great focus. It’s amazing how well the Avalon responds to subtle dynamics and nuances. Our Sennheiser HD-600 headphones revealed microscopic sonic details – this combination could be unsurpassable for evaluating instruments. If you’re thinking $595 is a lot to pay for a DI, consider the U5 can impart big-league polish to your recordings. Once you become accustomed to the U5’s high-resolution detail, you may wonder how you ever lived without it.”

Sound on Sound Magazine September 2000
“This little compressor sounds good in most situations and is extremely flexible. In its standard mode, it works conventionally with all the side-effects you’d expect when compressing hard. When it does pump, it does so musically, and if you want less obvious compression, lengthening the release time generally does the trick. However, the real ace up its sleeve is the Super Nice mode. I tried this on a whole range of instruments and dry recordings and found it worked surprisingly well on just about everything from percussion to final mixes. In some ways it reminds me of the old Aphex Compellor in this mode, which is great for invisible gain control. Given that the Really Nice Compressor is so modestly priced, I can only say that it would make a really nice addition to any studio.”

Scroll back to top